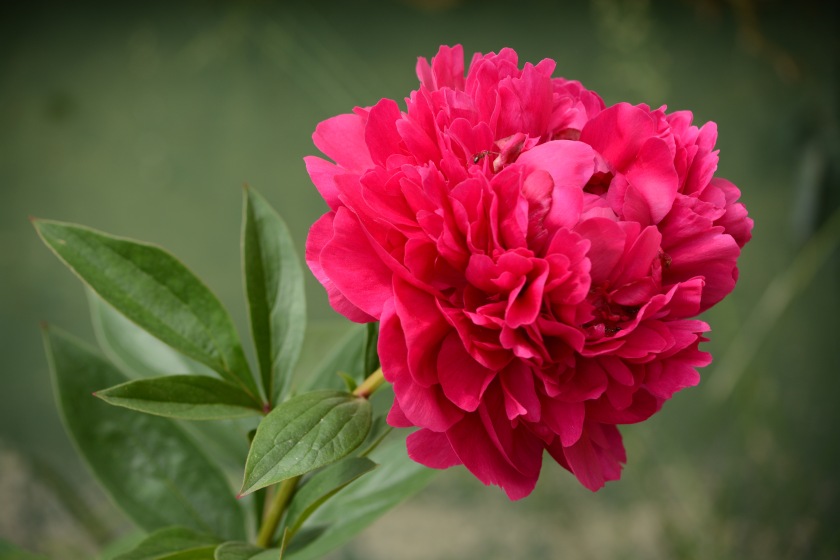 One thing I keep coming back to is how fleeting they are.

When we arrived at the end of May the lilac bushes and trees were BURSTING, and if you drove with the windows down you could smell lilacs all over the country. Then they were gone, and the rhododendrons erupted and there were huge bushes of purple and pink and orange flowers in front of houses up and down every side street. 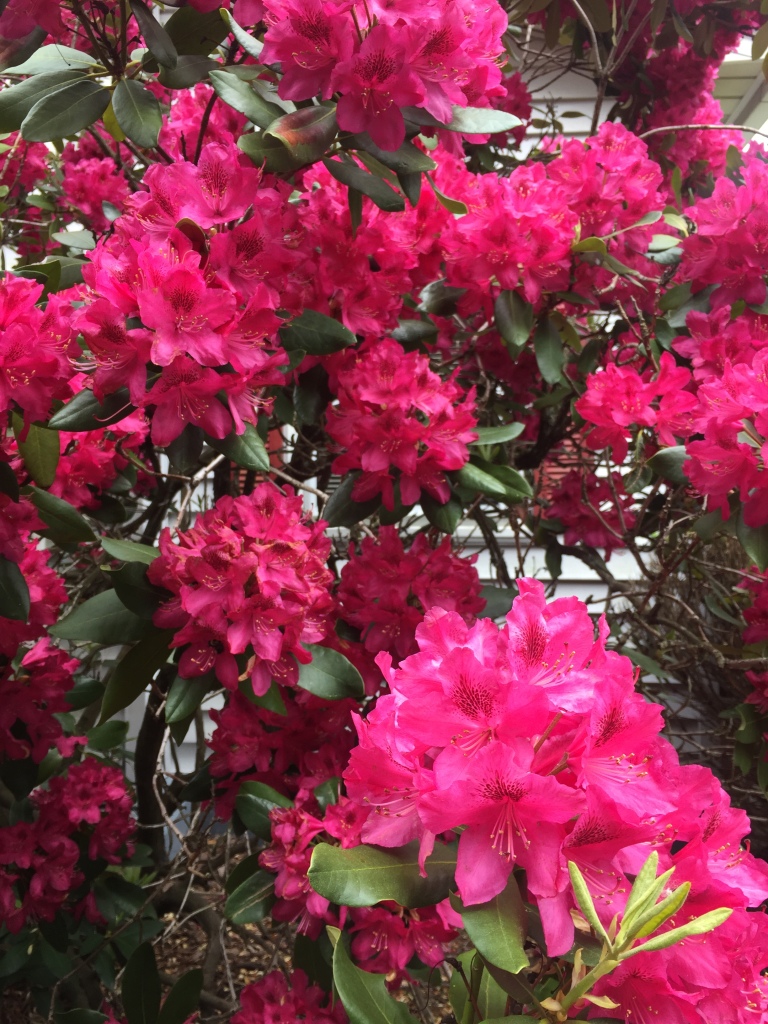 These rhododendron pictures are from a house up the street. There’s an old man who lives there and he used to know my Nana since he lived next door. We talked about her briefly and I took pictures of his flowers and, since he was having his weekly moving sale (yes, really, he’s had it every week), I bought two vases for $1 each. 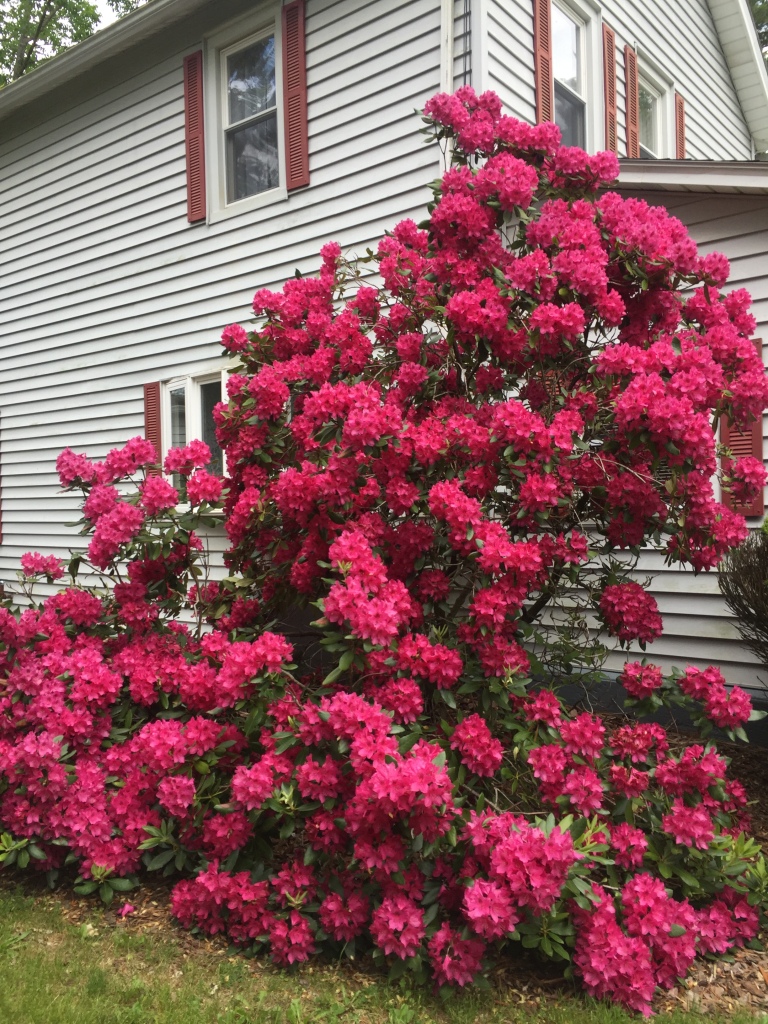 Then they were gone and wild phlox appeared, lining the roads, hiding in groves, bordering meadows and fields. 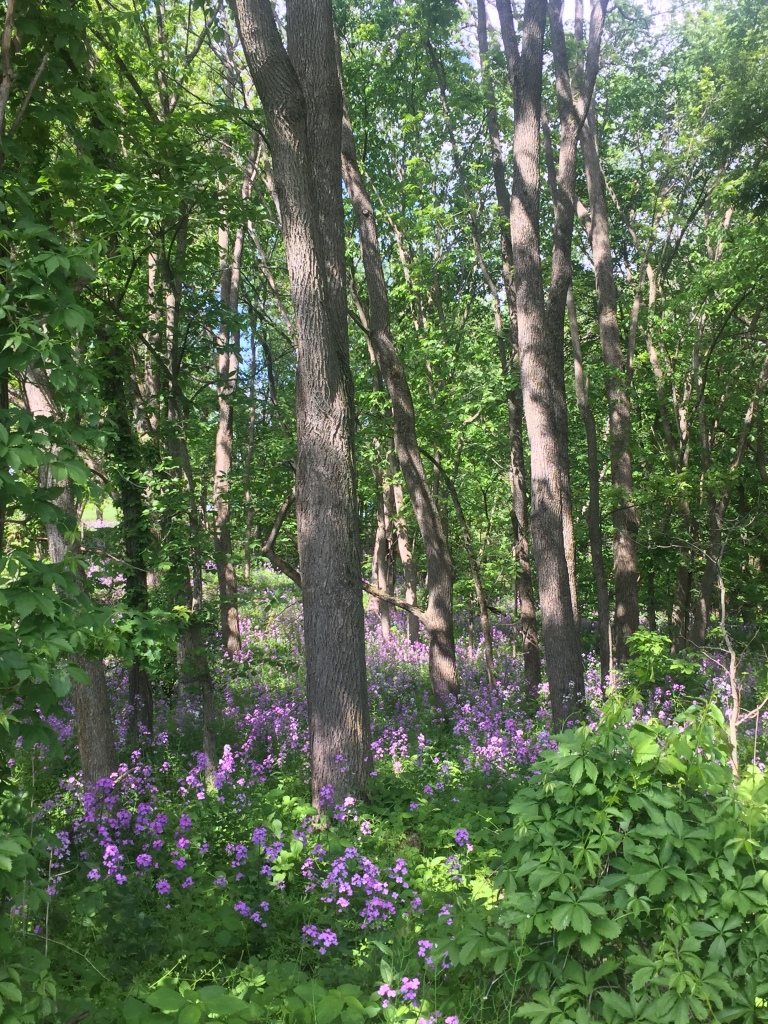 Then there were peonies, and they are almost gone. They super-inflated and then exploded and the peony heads are lying all over people’s lawns, looking exhausted and like someone let all the air out of their tires.

This last picture is one I took a few days ago. I bought myself a peony bush and it’s my favorite thing. I planted it by the front porch and two weeks later there were two giant pink flowers bobbing around and now the petals are decaying on the ground, but look at this photo, isn’t it gorgeous? 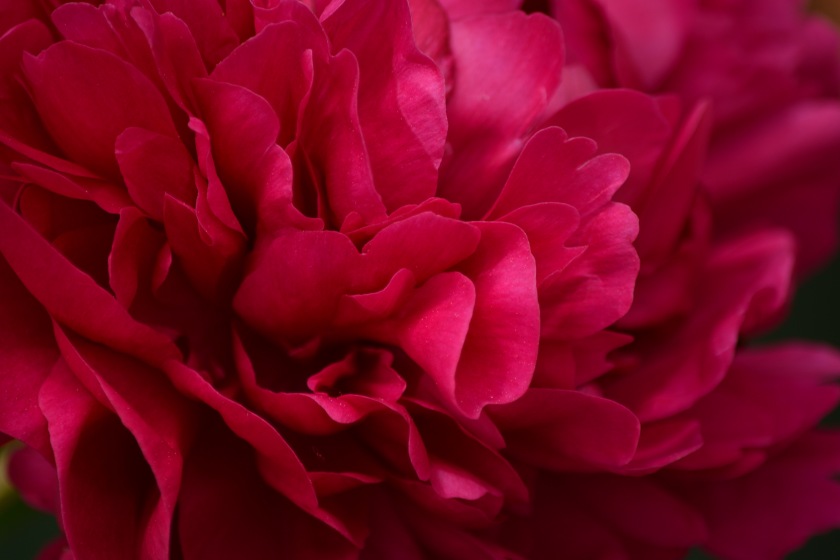